It contains photographs of places and objects for children to find when visiting these different places and features my ‘Jumbles’ toys. The booklets are available from Tourist Information Offices and from Jumble House. 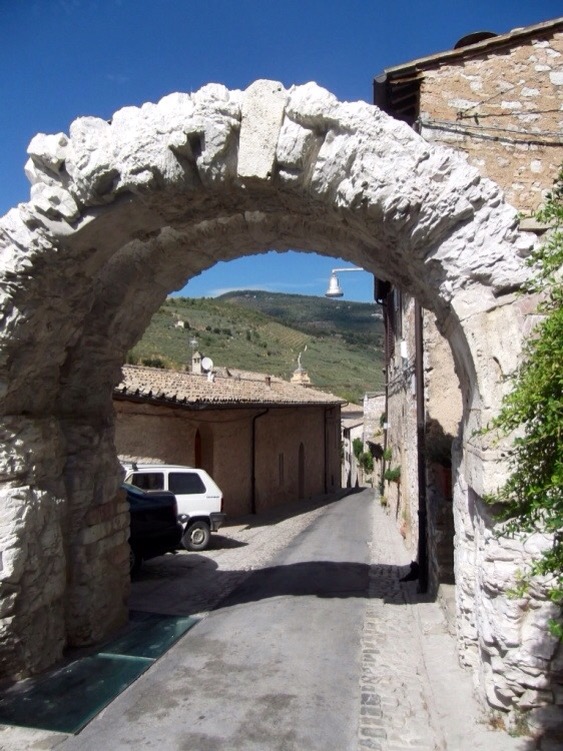 The Cappuccini Gate in Spello.

What’s the connection between this gate in Spello, a cappuccino, an order of monks and Lizzie Witch.

Well, if you are a child it’s all about frothy milk and Lizzie Witch so for children go to the programme here: Frothy milk

If you are an adult then read on!

Around 1520 a friar from Marche in Italy said that God felt that the lifestyle of friars of his day was not that intended by their founder, St. Francis of Assisi and He endeavoured to return to the original primitive lifestyle

The Church tried to surpress this movement and Friar Matteo and his followers had to go into hiding. They were given refuge by the Camaldolese Monks and later adopted the hood or Cappucio worn by that order as a mark of gratitude. From this came the name of the order. Capuchin Momks.

Legend has it that when a Turk army fled after marching on Vienna in 1683 they left lots of sacks of coffee beans behind. The coffee made with these beans was very bitter and so milk and honey was added to make it drinkable. The drink was called Cappucino after the capuchin order of Monks the habits of which also just happened to be the same colours as a Cappuccino. 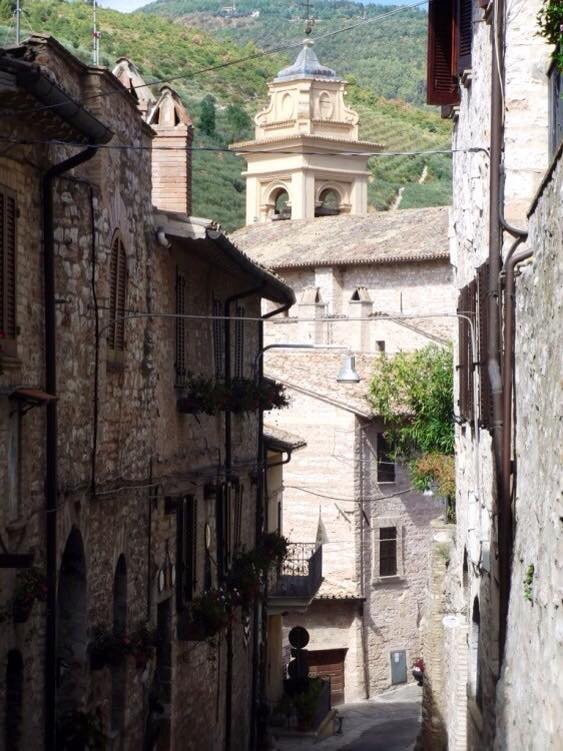 Above: the road in Spello leading from the Cappuccini Gate.

This is, in my opinion, a MUST SEE  opportunity especially if you have kids.

Canons, horses, oxen, and a FLOUR FIGHT!! All that and then an archery competition.

Città della Pieve is a charming hilltop town in Umbria with around 8000 inhabitants.

Like many similar towns it is divided into three districts or ‘Terzieri ‘ each one with its own flag and costumes and bands. This division began way back in medieval times and was then class based.

In the case of Città della Pieve an eagle represents the three different districts or classes.

The head of the eagle being Terziere Castello and the knights. The Aristocracy.

The stomach of the eagle being Terziere Borgo Dentro and the people living within the castle walls. The middle class..

The wings and tails being Terziere Casalino and the  peasants. (Follow link below)

I’ve seen this Festival more times than I can remember and never tire of it!

The last day (Sunday) of the Festival is great fun. Kids will love it!

The activities start around 5pm with a costume parade which sounds boring but definitely is not!  The different districts don’t just dress up in their medieval costumes. They also parade the trades of their medieval ancestry.  Anything from giant canons shooting footballs into the crowd to oxen and donkeys and even a prisoner in a very sinister looking contraption. All this is accompanied by brilliant bands and drummers and very enthusiastic cheering wenches!

I like to arrive early afternoon and then wander around the different districts of the town. Often the pre-parade preparations are as much fun as the parade itself.

This year I stayed in the area of Terziere Borgo Dentro.  (Watch the video below)

At the end of the parade there is a huge flour fight which the audience can participate in if desired but do bring along protection for eyes and nose!

Then, as if that wasn’t sufficient everyone gathers on a field for the real Palio which takes the form of an archery competition. Plus lots of speeches and music and drumming!

Ice Cream in a bag in just ten minutes 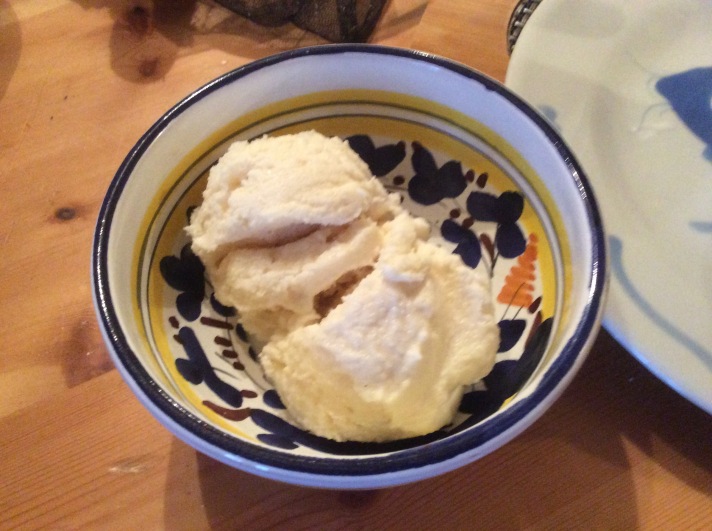 Today was the last day of our annual festa in Castel Rigone. Festa dei Barbari.

We enjoy all the festivals but this is our favourite. It’s not just because Jumble House is in Castel Rigone. It’s because it is so much FUN especially on the Sunday when the events start at 5’o clock.

For four days there is a market which winds its way through the quaint little streets and every evening feasting in the piazza with music, jousting and entertainment. There’s lots of great things to buy but also you can have a go at archery and see how weapons were made. 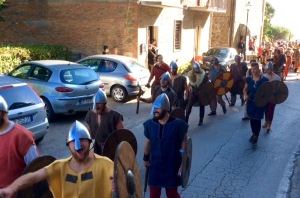 On the last day (always the first Sunday in August) there is this great costume parade through the village, right past Jumble House!  This is followed by the ‘palio’ or challenge which does change. Then followers the feasting, really weird music, fun jousting and fire-eaters  and lots of other things.  We really enjoy the food and it’s always fun watching the wine being pumped out of these things that look like giant weed killers!

Why do we have this festival?  Well, a very long time ago the village was attacked by the barbarians (the Ostogoths). The lieutenant  was called Riggo. That is where the name of the  village come from. The festa is a re-enactment of the barbarian invasion and it’s great fun!

We hope you will enjoy this  video of the procession: Festa dei Barbari. Castel Rigone.

Have fun with Lizzie Witch and learn a little about the strange properties of eggs!

Is it fresh or hard boiled?

Jumbles don’t like throwing things away if they can use them again. Look what Georgie is making with her egg tray .

Parental supervision is recommended for all cooking activities.

Join Maisie at Jumble House for another Fun cooking session.  This time she is making a delicious vegetable soup which Alfie has named after his ‘Swamp Monster’! What are you doing today? Maybe you can write a little story like Maisie? You can use drawings to tell your story or ask a grown up to write it down for you.

Are you sitting comfortably?

Then Maisie Jumble will tell you the Jumble Story.

Children are encouraged to make up stories and record them just like Maisie has.

Georgie, TuTu and Alfie show their percussion instruments and present a new challenge.

Hands-on Activities designed to encourage children to be resourceful and to think creatively.

We advise adult supervision and guidance.