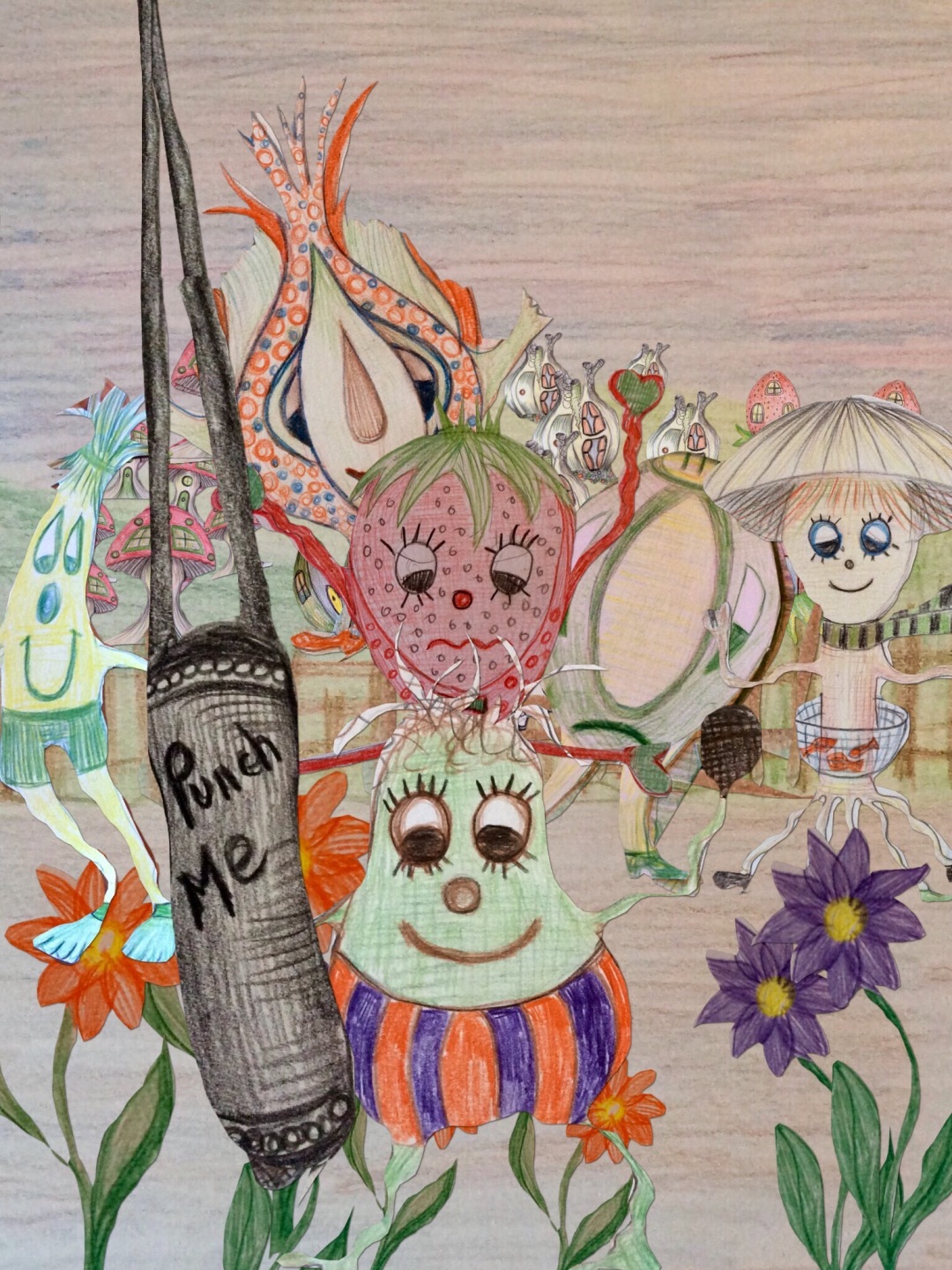 The folk who live on ‘Five a Day Hill’

English people will fully understand why I chose a location for these stories called, ‘FIVE A DAY HILL’ !  For others I need to explain that the UK government enjoys giving out ‘useful‘ (?)  information on nutrition. After a year or so it becomes redundant as they deliver new and often conflicting advice! A few years ago we were told that we should eat five portions of fruit and veg. every day. So, now you can see  why the fruit and veg. characters in these short stories live on Five a day Hill!!

This story and the other four in the series were written during a series of story writing workshops for children. The idea behind these workshops was to help and encourage children to  make up and present their own stories. For that reason I used only resources, technology and techniques which I knew were available in most homes and that a six or seven year old was capable of manipulating.

The storyline in Pedro Pear is kept simple. The illustrations are in ordinary pencil crayon and I used the app ‘Book Creator’ to publish as a narrated story and also as a PDF. I really do recommend this app. Children of six and seven with initial support will master it easily and I think having the app will motivate even the most reluctant writer to ‘have a go’!

Click on the link here for the story:  NARRATED STORY OF PEDRO PEAR